Is the site activity worrisome?

The Arabic language proposal was shut down for "not sufficient activity" after 61 days in beta.

Our Area 51 stats looks frighteningly similar, although we seem to have more active users. 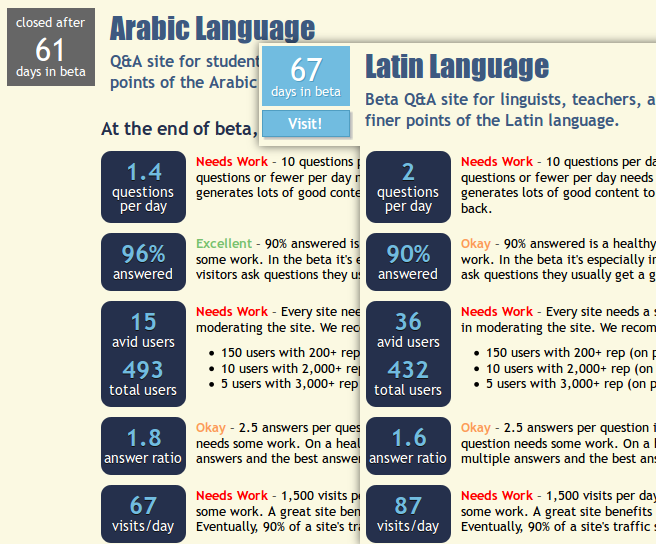 Is this something we should be worried about?

Those Area 51 stats for Arabic are slightly... skewed. See, just before that site shut down, there was a small burst of questions from a couple users hoping that they could help keep the site alive that, well, didn't work. Before that burst, their stats were much lower, and activity was almost non-existent. They weren't even maintaining the 1 question-per-day mark for 1-2 weeks, and I believe there was a period of 3-4 days where they got no questions at all.

But the bigger problem surrounding the Arabic site was that no one was willing to step up and be a moderator. We couldn't gather the three required candidates. Coupled with the very low activity, the site looked pretty dead. There were just a couple users answering every question that rolled in over time, and not much else going on.

Latin isn't experiencing either of these problems. It's consistently getting at least 1 question every single day, and most of the time more than one. In fact, most beta sites usually sit around the 1-3 questions per day mark for quite some time. To pull some random examples out of a hat:

If you're at or above the 1 mark, then that stat probably isn't going to raise many eyebrows. What's much more important is that we have three moderators who stepped up to lead the site. There's a community of users growing here that is interested in Latin as well as maintaining this site, rather than just a couple users who don't want to let it die.

Not the answer you're looking for? Browse other questions tagged support site-promotion .

Welcome!
This site is for discussion about Latin Language Stack Exchange. You must have an account there to participate.
Help

3
Where do I find the posts awaiting review?
11
An article to promote this site
4
What do you think about a flier for our site?
9
Why are there questions about the Greek language on here?
11
Has a question from this site ever gone viral (i.e. into Hot Network Questions)?
4
When to use the "English" tag?
2
How to (temporarily) delete the accepted answer?
2
Understanding why my question was deleted and seeking advice to improve my question